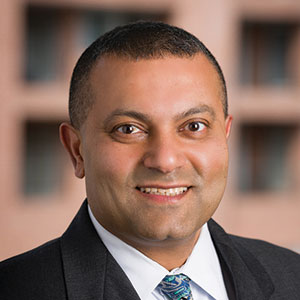 Dr. Sanghvi is an expert in industrial organization and antitrust economics. He has evaluated the competitive impacts of numerous proposed mergers and acquisitions (in the US, Canada, and Europe), engaged with policy makers and antitrust enforcers, and provided expert economic and statistical testimony regarding the results of his research. Dr. Sanghvi has served as an expert economist in antitrust merger challenges on behalf of, as well as against, the Federal Trade Commission (FTC) and other governmental agencies.

Dr. Sanghvi has previously served two tours of duty with the FTC. In his most recent stint with the agency, he was Economics Advisor to the office of Commissioner Brill, the testifying economics expert in numerous competition matters, and the lead economist on major FTC litigations such as FTC v. Whole Foods. He was also the lead economist on an inter-agency Presidential task force on pricing and competition in the oil industry and provided technical aid and training to the Competition Commission of India. Dr. Sanghvi received the Paul Rand Dixon, Frances Walker, and Janet D. Steiger awards during his most recent tour of duty at the FTC. His work at the FTC covered numerous competitive concerns and a variety of industries including health care, pharmaceuticals, medical devices, search engines and the internet, consumer and industrial products, entertainment, and retail services.