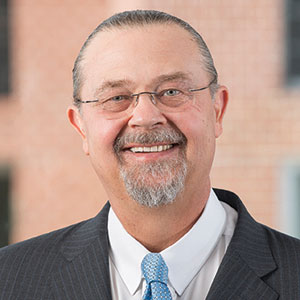 Dr. Eisenach is a Managing Director and Co-Chair of NERA's Communications, Media, and Internet Practice. He is also an Adjunct Professor at George Mason University Law School, where he teaches Regulated Industries, and a Visiting Scholar at the American Enterprise Institute. Previously, Dr. Eisenach has served in senior policy positions at the US Federal Trade Commission and the White House Office of Management and Budget, and on the faculties of Harvard University's Kennedy School of Government and Virginia Polytechnic Institute and State University.

Dr. Eisenach's consulting practice focuses on economic analysis of competition, regulatory, intellectual property and consumer protection issues. He has submitted expert reports and testified in US federal court as well before the Antitrust Division of the U.S. Department of Justice, the Federal Trade Commission, the International Trade Commission, the Copyright Royalty Board, the Federal Communications Commission, US Tax Court, several state public utility commissions, and courts and regulatory bodies in Australia, Canada, the United Kingdom, the Caribbean, and South America. He has also advised clients in some of the world’s largest information technology sector mergers.

He has written or edited 19 books and monographs, including Broadband Competition in the Internet Ecosystem and Competition, Innovation and the Microsoft Monopoly: Antitrust in the Digital Marketplace. His writings have also appeared in scholarly journals such as The Review of Network Economics, as well as in popular outlets like Forbes, The New York Times, and The Wall Street Journal.

Prior to joining NERA, Dr. Eisenach was a managing director and principal at Navigant Economics, and before that he served as Chairman of Empiris LLC, Criterion Economics, and CapAnalysis, LLC. Among his other previous affiliations, Dr. Eisenach has served as President and Senior Fellow at The Progress & Freedom Foundation; as a scholar the Heritage Foundation, and the Hudson Institute; as a member of the 1980-81 Reagan-Bush Transition Team on the Federal Trade Commission, the 2000-2001 Bush-Cheney Transition Team on the Federal Communications Commission, the Virginia Governor's Commission on E-Communities, and the Virginia Attorney General's Task Force on Identity Theft. In 2016-2017 he led the Trump-Pence Transition Team for the Federal Communications Commission.