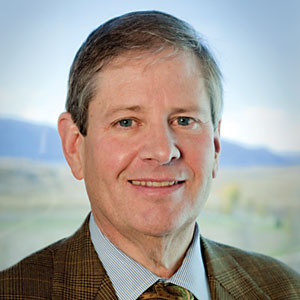 Mr. King is an economist with extensive experience in electric wholesale markets, electric utility restructuring, strategy, and regulation. His recent work has focused on the merchant generation sector, where he has provided strategy and valuation advice on mergers and acquisitions, support for financing of merchant energy companies, and advice on the financial restructuring of distressed companies. He has also appeared as an expert witness in high profile litigation related to the generation sector.

In addition, Mr. King has appeared as an expert witness in several important litigation matters. In a commercial damages case relating to mergers and acquisitions activity in the energy sector and involving the alleged wrongful acquisition of a power plant, Mr. King assessed the value of the facility in question. The plaintiff ultimately asserted a damages claim that was in excess of $500 million. Mr. King recently prepared an expert report in a construction dispute where the plant owner has asserted claims in excess of $450 million against the constructor of the facility. Mr. King's work goes to the value of the plant and what the reasonable expectations should have been for the future operations and financial performance of the facility at various times in the development and construction of the facility. Mr. King has appeared in the Illinois Power new source review case and is scheduled to appear in the AEP new source review case--these cases have billions of dollars at stake. Mr. King contributed expert testimony to help determine whether or not a utility company would reasonably expect emissions to increase as a result of maintenance activities at a power plant.

Mr. King has appeared as an expert witness on the issues associated with procurement of power to serve default supply customers and the reasonableness of including the costs of power projects in default supply rates.

Mr. King has also appeared as an expert witness on the design and implementation of performance-based and incentive regulatory schemes. He led the development of the performance-based regulation scheme for the Province of Ontario, including the design and execution of the stakeholder involvement process for over 270 utilities in the province, as well as consumer groups, the government, and the regulator.

Mr. King has not only assessed the impacts of regulatory barriers in restructuring energy markets, but has also led efforts to start new companies in these markets. For an integrated gas company, he developed the business plan for a retailing subsidiary that combined existing and acquired gas marketing, cogeneration development, and performance contracting businesses into a single entity. Upon approval of the business plan, he served as the Interim Senior Vice President of Marketing for the reformed company. Mr. King subsequently led the initial launch efforts to form a power marketing joint venture from three large public power agencies. Most recently, he has focused on the development of a structured, logistical power marketing firm, where he directs the use and development of option pricing methods in the product development area.

Prior to joining NERA, Mr. King spent eight years with PA Consulting (formerly PHB Hagler Bailly)--most recently as a Managing Partner, Deputy Group Head of the Energy Group, and Head of the Global Wholesale Energy Markets Practice. He served on PA Consulting's extended management committee, had profit and loss responsibility for his practice, and led many strategy, merger and acquisition, and financing projects.