This update, authored by NERA Associate Director Erin B. McHugh, extends NERA’s analyses of regulatory enforcement in UK financial markets to include data for the first three quarters of the current financial year (i.e., from 1 April to 31 December 2019).

NERA Economic Consulting maintains a proprietary database (the NERA FCA database) of fines and nonpecuniary enforcement by the Financial Conduct Authority (FCA). In this report, we present a detailed analysis of these data, supplemented with data on redress schemes agreed with the FCA and fines associated with deferred prosecution agreements (DPAs) agreed with the Serious Fraud Office (SFO), to reveal trends that may not be apparent from a review of individual cases. 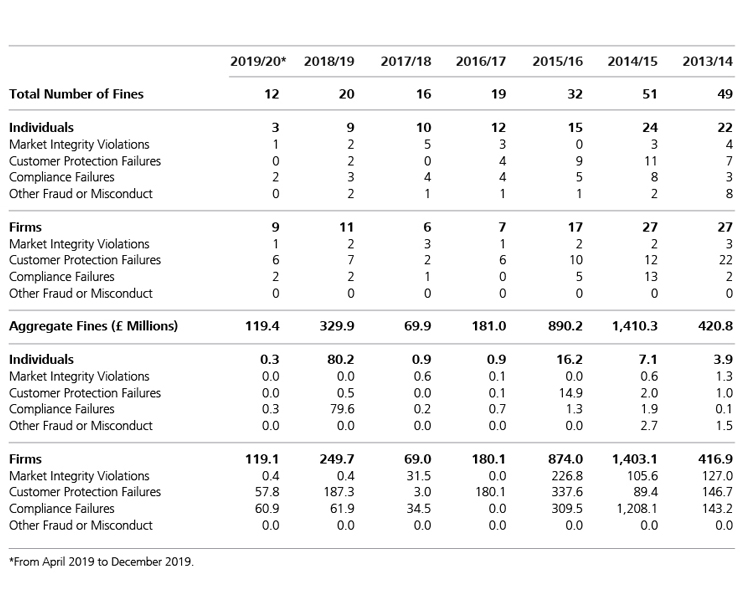