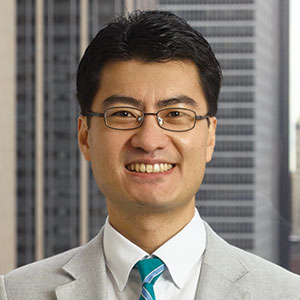 Mr. Chee is a Director in NERA's Energy Group. He advises on the design of electricity markets and has specific expertise in introducing competitive mechanisms in the context of the embedded market structure to the benefit of ratepayers. Mr. Chee has a long history of working with utilities, regulatory commissions, governments, and state power agencies in managing and overseeing competitive processes for capacity, energy, demand response, and renewable resources in the energy sector as well as radio spectrum in the telecom sector. Mr. Chee has also managed international auction assignments related to climate change mitigation to reduce methane and other greenhouse gas emissions.

Mr. Chee is an expert on power contracts and has worked with many standard power contracts in the industry, including the EEI Master Power Purchase and Sale Agreement, the ISDA Master Agreement, the EFET General Agreement, and the ABA-EMA-ACORE Master REC Purchase and Sale Agreement. Mr. Chee has also worked with contracts developed for particular non-standard transactions and has expert knowledge in areas critical to stable and low-cost supply arrangements for customers, including knowledge of wholesale power markets and RTOs.

Mr. Chee also has expertise in renewable energy and distributed generation. He has consulted on the economics of RECs and is familiar with the commercial arrangements in the renewable industry, integration and interconnection issues, renewable portfolio standards, State certification requirements, and REC registries. Mr. Chee has performed studies on the key success drivers and best practices for market incentives related to distributed generation development and uptake.