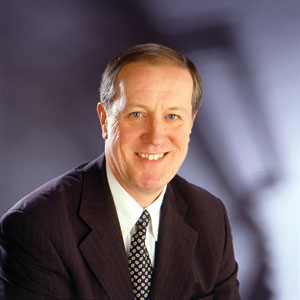 Mr. Colenutt is an energy sector economist, specializing in issues arising with the restructuring, liberalization, and privatization of the electricity and natural gas sectors. His work has focused particularly on two areas: (i) the development of market structures that promote the development of competition in these industries; and (ii) the institutions and mechanisms that are necessary for the development of effective regulatory arrangements. His clients have included utilities and their investment banking and legal advisers, governments, and regulators. UK work he has carried out includes advising one of the major generators in the run up to privatization, advising British distribution companies in connection with price regulation, and advice in connection with the restructuring of the gas sector. Mr. Colenutt's recent major projects have included a study for the UK's Sustainable Development Commission on the costs of nuclear power generation.

He has also worked extensively overseas on energy transactions and advisory projects. Recent overseas assignments have included major projects modeling and forecasting the Russian and Singaporean power sectors, advising potential buyers of generation assets, and design of commercial arrangements for a major power interconnector project linking Gulf states. Other major overseas assignments have included detailed work on implementation of competition in the Greek, Cyprus, and Slovakian power sectors to meet the IME Directive of the European Union, as well as power sector privatization in Bulgaria and Slovakia. He has also worked extensively on reform issues in the power sectors of Russia, Singapore, Central and Eastern Europe, China, and South and South East Asia. Mr Colenutt has also acted as an independent expert, dealing with a power sector regulatory dispute in Central America. Prior to joining NERA, Mr. Colenutt worked for many years as an Economic Adviser in the British Department of Trade and Industry.