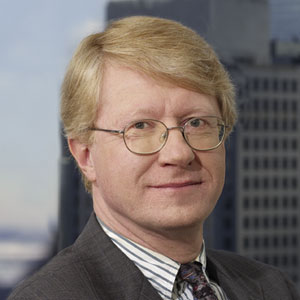 Mr. van Leeuwen specializes in antitrust, regulatory, and damages cases involving the media, entertainment, sports, and insurance industries. His research and analyses have included mergers and acquisitions, vertical integration, and other competition and regulatory issues affecting cable operators and programmers. He has also been involved with matters related to the relationship between TV networks and affiliates, the effect of must-carry laws on TV stations, the competitive impact of exclusive territories in magazine distribution, competition in music licensing, the impact of property/casualty insurance regulatory reform, mergers in the title insurance industry, and sports franchise moves and valuations.

In addition, Mr. van Leeuwen has participated in damages estimations in the pharmaceutical products, household goods, and video conferencing industries and has worked on trucking deregulation. He has also contributed to cases involving music royalty rates, mergers of radio stations, and the pricing and distribution of magazines and CDs.