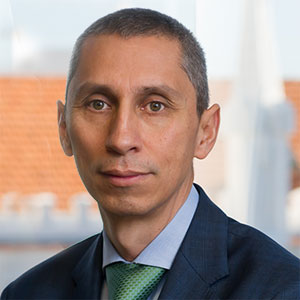 Dr. Pedro Posada is an Associate Director in NERA's Antitrust and Competition Policy Practice in Madrid. He holds a PhD in economics and has a Postgraduate Diploma in EU competition law, both from the United Kingdom.

During his time at NERA, Dr. Posada has been involved in many competition, damage estimation, and international arbitration projects in several sectors and industries throughout Spain and other countries, as well as projects relating to intellectual property matters.

Prior to joining NERA, he worked in CRA's European Competition Practice in London, where he conducted applied micro-economic analysis, mainly within the area of competition and international arbitration, in various sectors and industries within the European Union. Dr. Posada worked previously for the regulator of the gas and electricity markets in the United Kingdom and held a position in the Council for Science and Technology in Mexico.

Dr. Posada publishes and speaks at conferences and seminars on the subject of competition policy, and also has experience as a physicist researching the areas of applied mathematics and astrophysics.