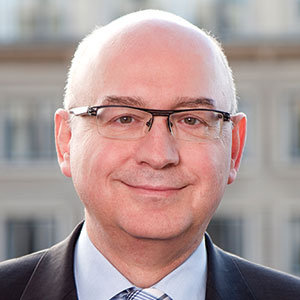 He holds the Chair of Microeconomics and Industrial Organization at the University of Hohenheim. Prior to that he worked for the University of Mannheim, Essen, Bonn as well as for the University of Canterbury in Christchurch, New Zealand. In his teaching he covers all areas of industrial organization, including game and optimization theory, and moreover teaches competition theory as well as competition policy. At the Freie Universität Berlin he teaches economic foundations of competition law in the context of the Business, Competition and Regulatory Law master program. He contributed to several trainings for judges on topics such as the quantification of damage caused by abusive conduct and market definition. Professor Schwalbe holds a research professorship at the German Institute for Economic Research (DIW Berlin) and is a member of the academic advisory council of the Forschungsinstitut für Wirtschaftsverfassung und Wettbewerb (FIW).

Professor Schwalbe's publications cover all areas of competition economics. His acclaimed research handbook Law and Economics in European Merger Control, written jointly with Professor Daniel Zimmer, Head of the German Monopolies Commission, was published in 2011 and will soon also appear in a Chinese translation. For the handbook Competition Law: European Community Practice and Procedure, a key legal commentary, he contributed two extensive chapters on economic perspectives of antitrust law (jointly with Professor Wolfgang Kerber) and on state aid (jointly with Professor Justus Haucap). Together with Professor Frank Maier-Rigaud he produced a comprehensive presentation of state-of-the-art approaches to market definition. He has published several books and regularly publishes articles in leading international journals such as Games and Economic Behavior, Journal of Economic Behavior and Organization, Journal of Institutional and Theoretical Economics, Journal of Competition Law and Economics, Wirtschaft und Wettbewerb, and Zeitschrift für Wettbewerbsrecht. He has served as referee for journals such as Games and Economic Behavior, European Economic Review, European Journal of Law and Economics, Journal of Institutional and Theoretical Economics, and International Game Theory Review and is co-editor of the Neue Zeitschrift für Kartellrecht (NZKart), one of the leading competition policy journals in Germany.

Professor Schwalbe is a frequent speaker at international and national congresses and conferences, e.g., the European Economic Society, the European Association for Research in Industrial Organization, the Econometric Society, and the Verein für Socialpolitik. In addition he has presented his research findings at several conferences of the German Federal Cartel Office. He also served as a member of the Experts Commission of the German Federal Ministry of Economics and Technology on the 8th Amendment of the German Competition Law.

Professor Schwalbe was an economic consultant during the cement cartel litigation in Germany and in several damage quantification cases following abusive conduct in the media sector. He has also consulted for a number of private companies and government regulatory bodies. His clients have included the Bundesnetzagentur, the German regulatory office for electricity, gas, telecommunications, post, and railway markets, and the Government of Southern Tyrol in Italy.