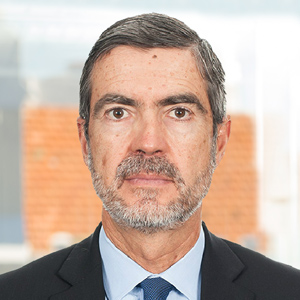 Fernando Jiménez Latorre is a Director in NERA’s Antitrust and Competition Practice. He has extensive experience in antitrust and merger control cases in the EU, as well as antitrust damage cases, with a focus on the EU, Spain, and other European jurisdictions. Mr. Jiménez’s experience spans a wide range of industries including energy, telecommunications, retail, and media. He has given expert testimony to administrative and court authorities, including the International Court of Arbitrage, and has advised Latin American competition authorities.

Prior to rejoining NERA, Mr. Jiménez was an Executive Director at the International Monetary Fund and at the World Bank in Washington, DC. As a Board Member of both institutions, he supervised and guided management on issues such as multilateral and bilateral economic coordination, financial systemic risks, and special research papers. At the World Bank, he also advised the Board in addressing poverty challenges in emerging markets and developing economies using the identification of solutions through public and private financing and technical assistance.

Throughout his professional career, Mr. Jiménez has focused his work on the economic analysis of international and domestic economic policy issues, as well as competition and antitrust issues. Among his various positions, he served as General Director for Competition for the Spanish Competition Policy Authority, Economic Counselor at the Spanish Permanent Representation to the EU (Brussels), and Secretary of State for the Economy for the Ministry of Economy of Spain. As Secretary of State for the Economy, he was responsible for coordinating the restructuring and recapitalization program of the Spanish banking system that relied on an EU financing program of up to 100 billion euros. During his time in office, the Spanish economy successfully overcame a deep and prolonged economic recession.