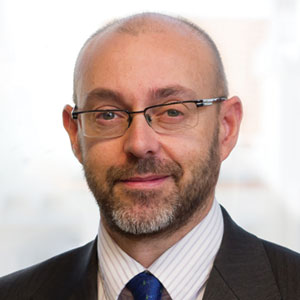 Mr. Sanz joined NERA's Madrid office in November 2014 as an Associate Director in the firm's Energy, Environment, Communications & Infrastructure Practice. Prior to joining NERA, he worked at the Ministerio de Economía and the Ministerio de Industria, Energía y Turismo for more than 15 years, where his work focused on the Spanish energy sector. In 2004, Mr. Sanz was appointed Director General for Política Energética y Minas, a role he held concurrently until 2009 with positions as Vice President of the Spanish Institute for Diversification and Energy Savings (IDAE) and as a member of the Governing Board of the International Energy Agency (IEA) in Paris. On behalf of the Spanish government, he was involved in negotiations over the allocation of CO2 emissions rights for electricity generation plants and hydrocarbon refineries, and participated in International Atomic Energy Agency meetings at the UN. In 2009, he was appointed Trade Commissioner at the Embassy of Spain in Los Angeles, where he was responsible for all matters related to Spain's energy sector interests across the US.

In the electricity sector, Mr. Sanz worked for the Spanish Government managing a variety of issues including:

In the natural gas sector, he has managed issues including: