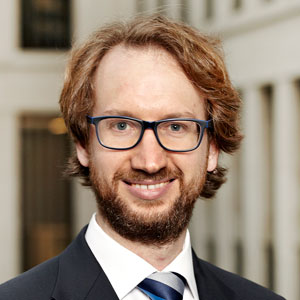 Mr. Schönborn is a Senior Consultant in NERA's European Energy Practice. Based in Berlin, but of joint Italian and German nationality, he is fluent in five languages and works on a wide range of projects across European electricity and gas markets as well as other industries.

While at NERA, Mr. Schönborn has provided expert advice in commercial arbitration and litigation in a range of cases and has also given testimony. Cases he has worked on have involved contractual disputes and antitrust matters in a wide range of regions, including Western and Eastern Europe, as well as Latin America.

In his advisory work, Mr. Schönborn has worked on various due diligence projects and valuation exercises in support of potential acquisitions and green-field investments. He also regularly works on projects in economic regulation, competition, liberalization, and deregulation.

Mr. Schönborn received his MSc in economics and philosophy from the London School of Economics (LSE), and his BSc in economics from the University of Birmingham. Prior to joining NERA, he taught courses in microeconomics at the LSE, and worked as a Research Assistant at the Centre for Economic Performance (CEP) in London.