Tariff design also determines the distribution of costs among customers. Because electricity networks are natural monopolies, much of their costs are invariant to changes in network use, so policymakers face choices on how to mark up tariffs that reflect “marginal” costs to recover network companies’ total regulated costs of service. These judgments will become more challenging as new technologies allow more customers to change their patterns of production and consumption in response to network tariffs. 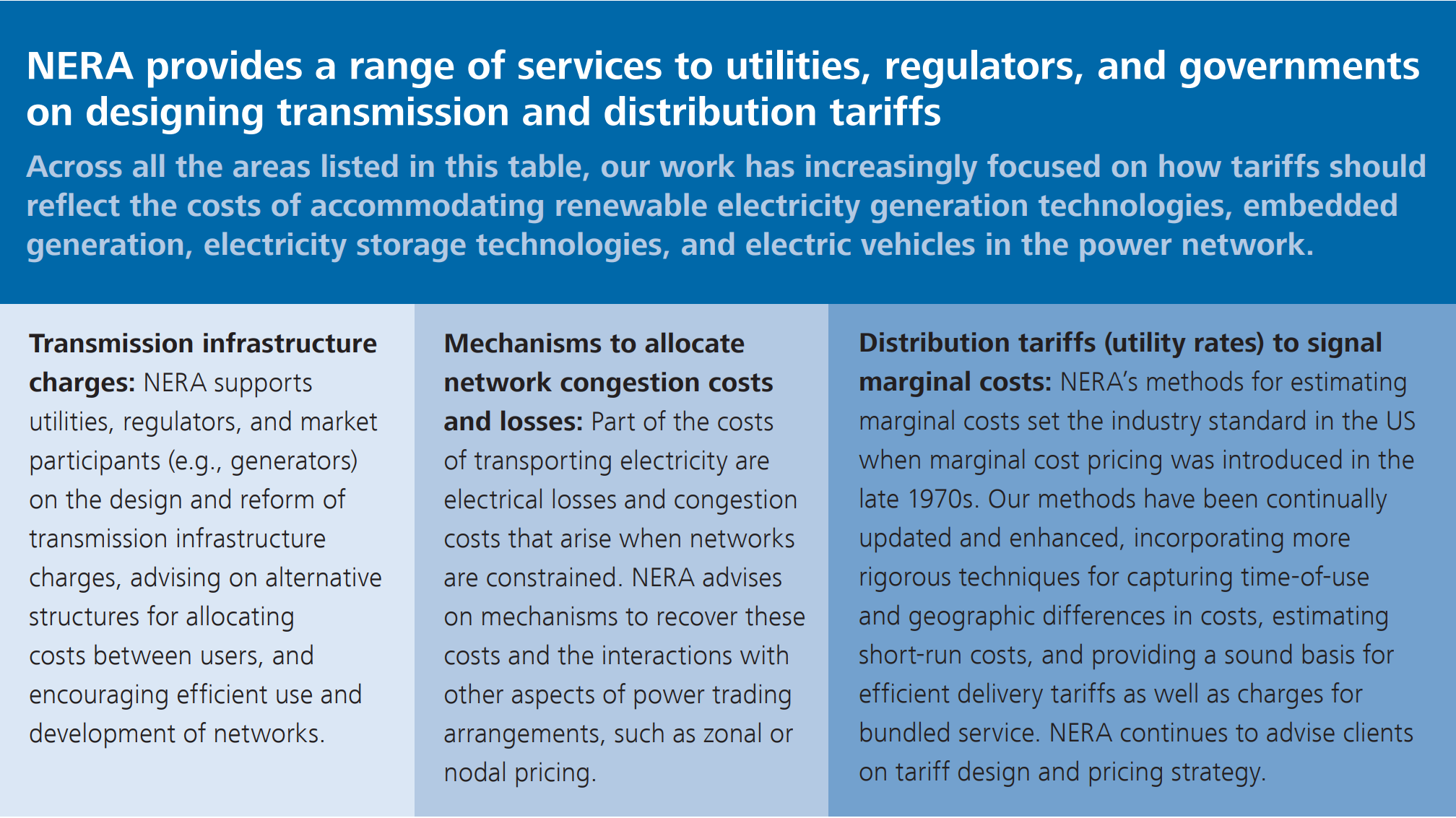