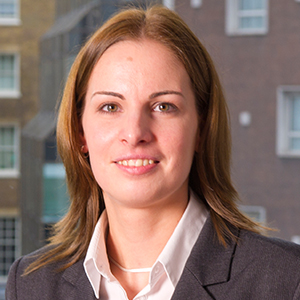 Ms. Janeckova is a Senior Consultant/Principal in NERA’s Energy, Environment, Communications & Infrastructure Practice based in London, with a focus on network regulation, economic assessment of damages, and other valuation issues in the context of international arbitration.

In the area of network regulation, Ms. Janeckova’s work includes advising regulators, utilities, and investors on all aspects of economic regulation, focusing particularly on cost of capital issues, financeability, financial and risk modelling, as well as regulatory framework design. Her experience spans all regulated industries, including energy, water, transport, and telecommunication. Ms. Janeckova has advised UK water and energy companies and London’s Heathrow Airport on cost of capital and related issues at the most recent price control reviews. She has also advised investors on regulatory due diligence assignments in the water, energy, and transport sectors in the UK, France, Sweden, and the Czech Republic, among others.

A significant focus of Ms. Janeckova’s recent work involves economic assessment of issues arising in the context of international commercial and investor-state disputes, including matters before the ICC, ICSID, and PCA. She has been involved in a number of cases involving estimation of damages in a range of contexts, including lost profit estimation in a BIT dispute between a consumer goods manufacturer and a Central European government, a tariff-setting dispute in an Eastern European country, lost profit estimation due to delays in construction of a petrochemicals plant in Western Europe, and investor compensation following revocation of a telecommunication company’s licence in a West African country.

Ms. Janeckova holds an MSc in finance from the University of Warwick and an MA in economics of international trade and European integration, awarded by a consortium of seven European universities.