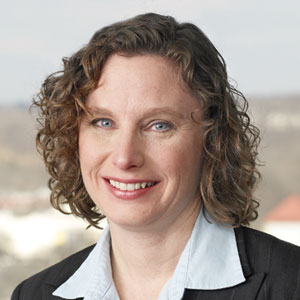 Dr. Christine Meyer is a Managing Director and Chair of NERA’s Intellectual Property Practice, and founding member of the firm’s Life Sciences Industry Group. Dr. Meyer is considered one of the foremost testifying economists in the areas of complex commercial litigation involving intellectual property, antitrust claims, and commercial damages in the United States and Canada. Dr. Meyer has analyzed economic issues in a wide range of industries, with much of her recent work involving pharmaceuticals. She has been retained on behalf of both branded and generic firms in matters that have included small molecule as well as biologic products. Her work has also included the valuation of patents, licenses, and potential business acquisitions.

In the area of intellectual property, Dr. Meyer has analyzed damages and provided expert testimony concerning issues arising from patent, trademark, and copyright infringement, the misappropriation of trade secrets, and breaches of contract. She has considerable expertise in analyzing lost profits, reasonable royalties, price erosion, commercial success, and irreparable harm. Dr. Meyer’s recent trial testimony regarding calculation of a reasonable royalty rate for patent infringement by a generic pharmaceutical firm was cited by the respective judges in both a $98.5 million lawsuit in the US and in a C$180 million lawsuit in Canada. Her work has also included the valuation of patents, licenses, and potential business acquisitions.

Dr. Meyer has evaluated antitrust claims and damages in numerous cases involving IP issues, including alleged reverse payments, antitrust counterclaims to patent cases, claims of fraudulently-obtained patents, and monopolization claims. She has also analyzed the competitive effects of mergers and acquisitions, the volume of commerce for criminal investigations, and antitrust claims and damages in cases involving alleged resale price maintenance, monopolization, and price discrimination. In addition, Dr. Meyer has written, testified, and presented white papers and expert reports to the US Federal Trade Commission (FTC) and US Department of Justice.

Dr. Meyer has testified as an expert witness in bench and jury trials in state and federal courts in the United States—including in the Southern District of New York and the Southern District of California—and Canada, and before the High Court of Justice of England and Wales. She has also provided expert testimony in domestic and international arbitration, including before the ICC. Dr. Meyer has written articles and book chapters about patent infringement damages and has been asked to speak about economic issues related to intellectual property on numerous occasions, including by the FTC in its hearings entitled “The Evolving IP Marketplace.”