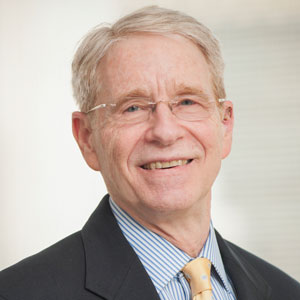 Dr. David Harrison is a Managing Director and Co-Chair of NERA's Global Environmental Group. He has extensive experience evaluating the economic effects of a wide range of energy and environmental and other policies and programs as a consultant, academic, and government official.

Dr. Harrison has been active in the development and economic assessment of climate change policies around the world, including recent evaluations of the potential "social cost of carbon" developed by the United States government. He participated in the development or evaluation of major greenhouse gas emission trading programs and proposals in the US, including those in California, the Northeast, and the Midwest, and various federal initiatives, as well as programs in Europe and Australia. He and his colleagues assisted the European Commission and the UK government with the design and implementation of the European Union Emissions Trading Scheme (EU ETS) and national European programs related to climate change, renewable policies, and energy efficiency policies. He also has directed numerous projects for individual companies and trade associations--including those in electricity, oil and gas, refining, petrochemical, pulp and paper, cement, iron and steel, chemical, aluminum, and other sectors--to evaluate the potential effects of climate change policies. Most recently, Dr. Harrison and colleagues have used NERA's proprietary energy-macroeconomic model (NewERA) to evaluate the potential economic impacts of a US carbon tax and to evaluate the potential economic impacts of federal regulations on carbon dioxide emissions from existing power plants. He has lectured frequently on climate change and related topics at numerous conferences in the US and abroad.

Dr. Harrison has led numerous assessments of the economic impacts of major economic activities and policies on local, state, regional, and national economies. In addition to studies of major national policies using NewERA, Dr. Harrison has directed studies of the local and state economic impacts of major energy infrastructure (power plants, natural gas pipelines, and others), transportation infrastructure (airports, highways), manufacturing and mining activities (including mining, chemical, petrochemical, automotive, and many others), and large commercial and retail developments. These local and state assessments have used a wide range of economic models, including state-of-the-art regional models such as that developed by Regional Economic Models, Inc. (REMI) as well as customized models based upon available data. The projects have been developed for numerous areas in the US and abroad including Arkansas, California, Colorado, Connecticut, Florida, Georgia, Hawaii, Illinois, Indiana, Iowa, Maine, Massachusetts, Michigan, Minnesota, Missouri, Montana, New Hampshire, New Jersey, New Mexico, New York, North Carolina, Ohio, Pennsylvania, Tennessee, Virginia, West Virginia, and Wisconsin as well as the US as a whole and various countries and sub-regions in Africa, Europe, and the Caribbean.

Dr. Harrison has extensive experience spanning more than two decades evaluating the costs and benefits of air quality regulations under the Clean Air Act and other social regulatory policies, including various health and safety regulations. These studies have been done for a large number of sectors, including electricity, automobile, trucking, marine, chemical, iron and steel, petroleum, pulp and paper, small utility engines, small handheld equipment, snowmobiles, construction equipment, and others. He and his colleagues have worked closely with company officials and collaborated with various technical consultants in the development of information on these programs. The results of these analyses have been presented to company officials, government agencies, and the media.

Dr. Harrison has directed benefit-cost analyses for numerous electric power plants under Section 316(b) of the Clean Water Act and other regulations related to water quality. These have included facilities on the major water bodies, including the Atlantic Coast, the Great Lakes, the Pacific Coast, and various rivers. The power plants have included numerous nuclear and fossil units. These assessments have included estimates of the potential impacts on electricity cost and reliability using detailed electricity market models in various electricity regions of the United States. Dr. Harrison has testified regarding these cost-benefit assessments in numerous state workshops and administrative hearings. He also has assisted the Utility Water Act Group (UWAG), the Edison Electric Institute (EEI), and individual utilities in their evaluation of the EPA 316(b) regulations as well as of EPA effluent guideline regulations. He has presented the results of these assessments to senior EPA and OMB officials. Dr. Harrison was a co-signer of an Amicus Brief submitted to the Supreme Court of the United States regarding the comparison of benefits and costs under Section 316(b) of the Clean Water Act.

Before joining NERA, Dr. Harrison was an Associate Professor at the John F. Kennedy School of Government at Harvard University, where he taught microeconomics, energy and environmental policy, cost-benefit analysis, transportation policy, regional economic development, and other courses for more than a decade. He also served as a Senior Staff Economist on the US government's President's Council of Economic Advisors, where he had responsibility for environment and energy policy issues. He is the author or co-author of two books on environmental policy and numerous articles on various topics in professional journals.