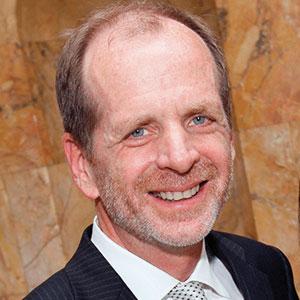 Dr. Makholm specializes in the economics of regulated infrastructure industries in the energy (electricity, gas, and petroleum products), transportation (pipelines, railroads, and airports), water, and telecommunications sectors. He has directed projects on competition, pricing, financing, privatization, and industrial development for many utilities and other infrastructure businesses in the US and more than 20 other countries. Dr Makholm was commended in Who's Who Legal Arbitration Expert Witness Guide 2016 for his appearances as an expert witness in LCIA and ICSID cases.

Dr. Makholm has provided expert testimony and reports on over 150 occasions for electricity companies, gas distributors, gas and oil pipeline companies, or regulatory bodies involved in administrative, civil, and international arbitration cases concerning competition and market power, tariff design, financing, and cost of capital. He has appeared as an expert witness before numerous regulatory bodies and parliamentary panels abroad, including before the LCIA and the ICSID. He participated in key hearings before the Federal Energy Regulatory Commission, which led to US gas and electricity industry restructuring. He has also testified on market and regulatory issues before the Supreme Court in Victoria, Australia and before the High Court and Parliament in New Zealand.

In addition, Dr. Makholm participated in key gas industry reforms in Europe, where he directed three major restructuring projects. In Central and South America, he worked to reform and structure efficient and competitive gas industries. On behalf of the World Bank, Dr. Makholm led the first group of Western economists to China to study and recommend reforms to that country's extensive gas industry. He has also been heavily involved in the restructuring, pricing, and privatization of the gas and pipeline industries in New Zealand, Australia, Russia, and a number of Asian countries.