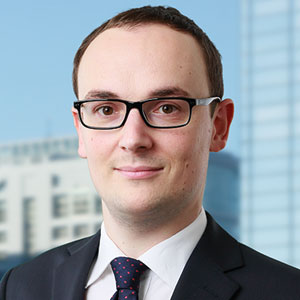 Hans-Martin Ihle is a member of NERA's global Auctions Practice, which focuses on the design of allocation mechanisms, including auctions and trading, bidding strategy, and related competition, pricing, regulatory, and public policy issues. Mr. Ihle has nearly 10 years of experience in the design and implementation of auctions. He advises NERA clients on auctions and regulatory issues in energy, communications, and other sectors worldwide with a focus on the Asia-Pacific Region.

Prior to joining NERA, Mr. Ihle worked for an economic consultancy in London. During this time, he advised on the design and implementation of spectrum auctions in over a dozen countries. Mr. Ihle also implemented the software used in seven combinatorial spectrum auctions in Europe to determine winners and prices from thousands of competing bids.

Mr. Ihle advises both government bodies and companies on regulatory and policy issues in relation to spectrum management. For example, he advised UK regulator Ofcom on the development of methodologies for setting annual licence fees for liberalised 900MHz and 1800MHz spectrum to reflect full market value. His advice included the development and implementation of methodologies to determine the full market value of comparable spectrum sold in the 4G auction in 2013 using the bids submitted in this auction. For bidders, he has convened workshops on bidding strategy and run mock auctions to help the bid team understand the likely dynamics of the real auction. Mr. Ihle has developed software to support the chosen bid strategy and to analyze the behavior of other bidders. He also provides onsite client support during auctions.

In the energy arena, Mr. Ihle has worked on the design of a procurement auction for balancing services. He has also conducted research on a novel mechanism to remunerate capacity in electricity markets.

Mr. Ihle holds a Masters in Economics from the University of Cambridge, where he specialized in industrial organization, game theory, and applied econometrics.