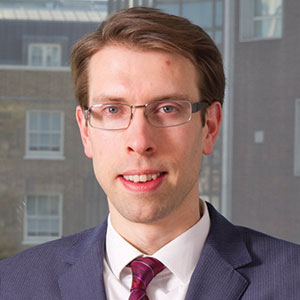 Richard Druce is a Director in NERA's Global Energy, Environment, Communications and Infrastructure Practice. He specializes in regulatory issues in the utilities and infrastructure industries, as well as valuation and due diligence, competition policy, litigation, and public policy.

Much of his work involves supporting regulated utilities and other infrastructure companies in the course of price control reviews, during which he works on incentive design, cost-benefit analysis, valuation and willingness-to-pay studies, cost assessment and benchmarking, and regulatory finance issues.

He has served as an expert witness in proceedings before the English High Court, as well as during an appeal to the UK Competition and Markets Authority. His work has spanned a wide range of geographies, including the UK, Ireland, countries across Western, Central, and Eastern Europe, Turkey, the Middle East, Africa, and Asia.