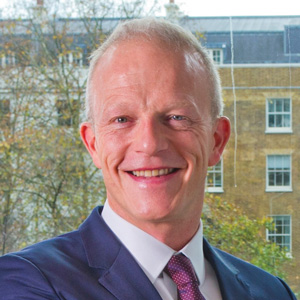 Daniel Hanson is an expert in the economics of transport and infrastructure. He offers clients expertise based on extensive experience in business cases (including economic impact and cost benefit analysis), demand forecasting, cost analysis, economic regulation, deals, competition issues, and disputes. He focuses on the transport and infrastructure sectors while advising clients in many other sectors (e.g., financial services, telecoms, electricity, water, nuclear, automotive, retail, statutory audits, geospatial mapping, and medical research). He has advised on matters in the UK, the US, Australia, New Zealand, South Africa, continental Europe Poland, Thailand, and the Caribbean, among other places.

Mr. Hanson has advised clients on the appraisal and approval of projects worth approximately $270 billion and has influenced how transformational projects are appraised. Mr. Hanson has worked on landmark projects in this area, including advising the UK Airports Commission on new runway capacity and National Highways in the UK on a number of large and controversial road projects (the Lower Thames Crossing, the A14, and the A303). He has also advised High Speed 2 (the largest infrastructure project in Europe) on aspects of its business case. He developed the approach the UK Department for Transport uses to reconcile the GDP and welfare impacts of projects, and the New Zealand Transport Agency’s approach to analyzing dynamic agglomeration. He has also helped clients navigate similar issues in other sectors (e.g., nuclear waste disposal, education, medical research, and tourism).

Mr. Hanson has served on numerous expert panels in the transport sector, including the Hansford Review regarding contestability in the rail sector, the Economic Advisory Panel regarding High Speed 2 (HS2), the Department for Transport/Highways England Challenge Panels on Road Investment Strategies 2 and 3, and a similar Panel for Transport for the North. He was one of the principal architects of a number of the regulatory frameworks in the rail sector (e.g., High Speed 1 and Crossrail). Mr. Hanson recently advised Transport for London during its multi-billion-pound negotiations for funding from the UK government after its revenues collapsed due to COVID-19. He has also advised HS2 on its exposure to cost inflation and the European Commission on issues arising from Connect Airways’ acquisition of Flybe.

Prior to joining NERA, Mr. Hanson worked for a large consulting firm and led their economics work in the transport and infrastructure sector in the UK. He was also a senior member of their economics practice management team. He is a former fellow of the Overseas Development Institute (ODI) and previously served as an international civil servant at the Caribbean Development Bank (CDB), a multilateral institution based in Barbados.

“Overall, Daniel balances a keen intellect, an excellent command of economics and an impressive industry knowledge. He is a brilliant leader of people and has an exceptional ability to communicate."