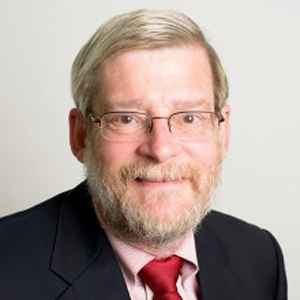 Dr. Beales is an Emeritus Professor of Strategic Management and Public Policy at the George Washington University, where he taught classes on applied microeconomics, managerial economics, and the relationship between business and government. He is currently a member of the Taskforce on Federal Consumer Financial Law at the Consumer Financial Protection Bureau.

Dr. Beales's research has covered a range of consumer protection regulatory issues, including privacy, law and economics, the new drug approval process, and the regulation of marketing and advertising. He has published numerous articles addressing these issues in academic journals, and in 2012 published the second edition of his textbook, Business & Government Relations: An Economic Perspective (Kendall Hunt Publishing).

From 2001 through 2004, Dr. Beales served as the Director of the Bureau of Consumer Protection at the Federal Trade Commission (FTC). In that capacity, he was instrumental in redirecting the FTC's privacy agenda to focus on the consequences of the use and misuse of consumer information. During his tenure, the Commission proposed, promulgated, and implemented the national Do Not Call Registry. He also worked with Congress and the Administration to develop and implement the Fair and Accurate Credit Transactions Act of 2003, and testified before Congress on numerous occasions. His aggressive law enforcement program produced the largest redress orders in FTC history and attacked high volume frauds promoted through heavy television advertising.

Dr. Beales also worked at the FTC from 1977 to 1987, as a staff economist, Assistant to the Director of the Bureau of Consumer Protection, Associate Director for Policy and Evaluation, and Acting Deputy Director. In 1987-88, he was the Chief of the Human Resources and Housing Branch of the Office of Information and Regulatory Affairs in the Office of Management and Budget.