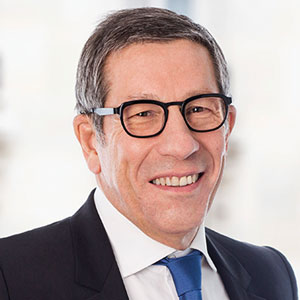 Professor Dr. Marc Ivaldi is an expert in the use of empirical and quantitative methods for competition and regulation policy and has advised firms as well as competition and regulatory authorities on a wide range of proposed mergers, particularly in France and Brussels. He has led economic analysis in the Volvo/Scania, Lagardère/Editis, Tetra Laval/Sidel, Crédit Agricole/Crédit Lyonnais, and Banque Populaire/Caisse d’Epargne cases. Professor Ivaldi has addressed competition issues for different private companies including, notably, Buena Vista Home Entertainment, Deutsche Bahn, and France Telecom.

Professor Ivaldi’s expertise is focused on applied industrial organization—utilizing econometric methods to evaluate firms’ conduct, designing business models, and testing theoretical predictions on market equilibrium, contractual arrangements, and regulatory schemes. Much of his work has been devoted to analysis of network and transport service industries including rail, air, energy, telecommunications, banking, and information technologies. His research on competition policy bears on the delineation of markets, the measurement of unilateral and coordinated effects, and the impact of cartels. He is currently working on the econometrics of two-sided markets, applied to airports, TV channels, and media. Recently, he has contributed to analyses of network sharing agreements in the mobile telecommunications industry, which have played a crucial in the rollout of 4G technology and are already considered by telecom operators in view of the large investment required to build 5G networks.

Professor Ivaldi is currently Professor of Economics at the Toulouse School of Economics (TSE) and at the Ecole des Hautes Etudes en Sciences Sociales (EHESS), Research Fellow at the Institut D’Economie Industrielle (IDEI) and at the Center for Economic Policy Research (CEPR), and Scientific Coordinator for the Cooperation on European Research in Economics (COEURE). He has served as a member of the Economic Advisory Group on Competition Policy at the Directorate General for Competition (European Commission), Chair of the Standing Committee on Research at the European Economic Association (EEA), and as Scientific Director of the Division of Social Sciences and Humanities at the French Ministry of Higher Education and Research. He is a member of the editorial boards of Economics of Transportation and Review of Network Economics.

Professor Ivaldi is a frequent speaker at leading conferences and academic forums around the world. He is also the author of two books (A Structural Analysis of Expectation Formation Based on Business Surveys of French Manufacturing Industry and Microeconometrics: Surveys and Applications) and has contributed to many others. He is a referee for several of the world’s most prestigious academic journals in economics and has had dozens of his own articles published.