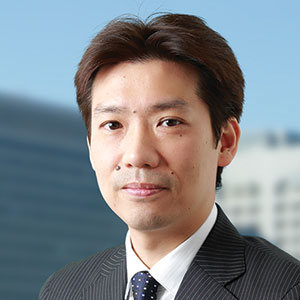 Dr. Kaneko is an Associate Director in NERA's Tokyo office with expertise in applied microeconomics (including empirical industrial organization), econometrics, economic valuation, and survey research. He provides consulting services in the areas of anti-monopoly law and competition policy, intellectual property, commercial dispute, financial and securities litigation, and international transfer pricing. The uniqueness of his consulting service derives from the combination of insights in applied economics and understanding of survey research methodology.

In the area of anti-monopoly law and competition policy, Dr. Kaneko has been involved in cases of mergers, cartel and bid rigging, and abuse of superior bargaining position. As for mergers, he has experience in such industries as telecommunications, beverages, metal, petrochemical, industrial machinery, automotive, and wholesaling and retailing. As for cartels and bid rigging, he has been engaged in the analysis and production of evidence used in the hearing proceeding or litigation about the existence or non-existence of, duration of, and damage from illegal conduct. As for abuse of superior bargaining position, he has conducted economic analysis useful for determining the illegality of alleged conducts and the extent of damages caused by them. He has written expert opinions about the validity of interviews and surveys conducted by the competition authority. He has also designed and conducted surveys on customers of merging parties in order to define the relevant antitrust market.

In the area of intellectual property, Dr. Kaneko has conducted surveys to find how the patented features of consumer electronic products and the IT technology-related patents are tied to the consumer demand for the products or services in order to determine the value of inventions or their reasonable royalty rates.

Dr. Kaneko has also conducted survey research to determine whether certain conducts would constitute an illegal act and to estimate the damages from the conducts and written expert reports.

Prior to joining NERA, Dr. Kaneko was a post doctoral associate in the Department of Agricultural and Applied Economics of the University of Georgia, where he conducted economic experiment and survey research and studied the price determination model in agricultural commodities markets, the effect of advertising on agricultural commodities sales, and the effect of health attributes of food products on the consumer preferences, among others.

As a NERA consultant, Dr. Kaneko has provided consulting services to firms, attorneys, and the government, written a number of articles, and spoken at seminars, concerning the use of economic analysis and survey research for business and legal practices. Most of his published work has focused on anti-monopoly law and competition policy, but he has also written a chapter in a book on transfer pricing of financial transactions between related parties in Japan. In addition, he has conducted government-commissioned studies and produced reports about the competitive environment of the Japanese economy.